In Burgundy, at the gates of Champagne:
a confidential terroir

In the panorama of the great wines of Burgundy, the Châtillonnais holds an original place that continues to gain fame. Its border location with the Champagne vineyards explains its orientation towards the production of high quality sparkling wines. Crémant de Bourgogne is the jewel of this terroir: 85% of the vines are dedicated to it!
Far from the major urban centers, the Châtillonnais vineyard is located within a remarkable territory for its preserved natural spaces and the richness of its heritage.
It is labeled destination "Vineyards & Discoveries".

Since antiquity, the history of chatillonais is intimately linked to the history of wine, as evidenced by the exquisite Vase de Vix and its drinking service from the Celtic era, preserved in the Museum of Pays Chatillonnais.
In the Middle Ages, many monastic establishments favor the development of viticulture. Over the centuries, the valley of the Seine will be a land of passage favorable to the wine trade.
Around 1820, under the leadership of Maréchal Marmont, artisan of modernization, the first sparkling wines of Châtillonnais were born.
At its peak, in the middle of the 19th century, the Châtillonnais vineyard covers more than 2500 hectares. From 1890 onwards, the misdeeds of phylloxera, the succession of poor harvests and the economic turmoil will cause the vineyard in an inexorable decline until its virtual disappearance between the two wars.
From the end of the 1980s, a collective for its renewal is mobilized. In 1986, the abandoned hillsides obtain the classification in the name "AOC Bourgogne". Everything was to be done, with some courageous, we dared to meet the challenge: to replant and produce quality wines! Since 1988, our domain contributes to the valorization of the Châtillonnais soil. 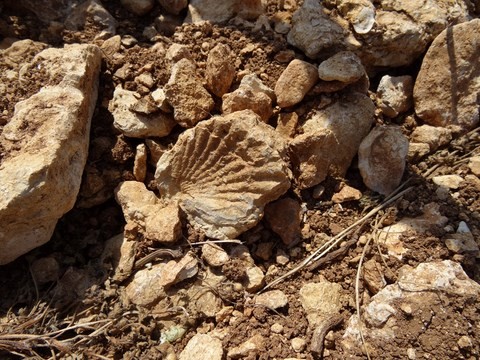 A geology favorable to the vines

The soils of the Châtillonnais vineyard are contistued by clay-limestone Jurassic geological layers.

Loose limestone pebbles from the top of the coast add to the marls of the slope to form a soil very favorable to the cultivation of the vine.